The colour of Prince and Hendrix – and, by extension, funk; Wimbledon – and, by derivation, royalty;  Barney – and, via popular imagination, gay dinosaurs. Technically a combination of 128 Red and 128 Blue but loosely defined to be any shade occurring between those two. Variously used to describe an act of passion or the art (in which I excel) of creating pretentious or overly embellished prose; to connote both friendship and poison, or simply to condemn a rhyming couplet to an unmasterful end*.

Significantly, purple also seems to have become the colour of choice for public design as preferred by our city’s floundering fathers at the BMC. 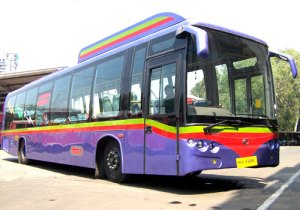 which way to disco station?

This is clearly seen in the shade of paint on the new, high-tech King Long(?!) BEST buses plying our streets  (a dark shade of violet, with Ramanand Sagar-influenced lightning bolt stickers on the windows), the new local trains running on our tracks (royal purple, with an equally subtle silver swathe) and the new paver blocks being used to tart up our sidewalks (you say they’re red – I say they’re tyrian purple).

Of late, Bombay has singularly done more for the colour purple than even the mighty Oprah Winfrey did when she included the Alice Walker novel of the same name in her Book of the Month club (actually, she rated it as one of her all-time favourites, not a surprising endorsement given that she acted in both the play and the movie).

With apologies to the specially-deputed NID team responsible for recommending this ‘calming palette’ to the BMC – the lead colour of which we are informed is violet – purple is hardly the need of the hour. Sure, we need to step away from the violent assertiveness of red. Granted, we’d do well to avoid the obvious replacements – yellow, green and, of course, blue. But purple? Where’s the connection with our big, bad city? What’s the inspiration? Who’s the audience?

Rather than serve to calm me down, purple actually gives me the creeps. It’s unnatural – it rarely occurs in nature – which explains the high value placed on the dye and its assignation to royalty in prior times. And where it does, it telegraphs visions of sickness and death, bruises and clotting blood and rotting vegetables. Yes, the Great Indian Aubergine is striped a healthy purple – but its tumescence can hardly be termed pleasant. One of the most common global references of the colour purple is the pill Prilosec, a drug used to treat acid reflux.

A deeper dig into the scientific, cultural and historical bearings of purple throws up precious few answers to explain the BMC’s predilection for getting deep with purple.

Julia Kubler, one of Britain’s leading colour therapists states that “Purple colours are consistent with intuition and higher understanding, with spirituality and meditation. It (sic) combines the coolness of blue with a bit of red that makes it not just passive but active.” Try explaining that to a kid who has severe psychosis caused by over-exposure to a hyperactive purple dinosaur.

In the Star Trek universe, Klingons have purple blood. But I don’t believe there’s any thread between outlandish alien lifeforms and wild and weird street furniture (the BMC’s forte).

A purple ribbon is worn to raise awareness against several afflictions, including:
–Xenophobia and homophobia
-Animal abuse
-Religious intolerance
-Homelessness
While all of these are widely prevalent in Bombay, I doubt that the BMC has raised the purple flag to make us conscious of them.

How about this for an explanation: People with a purple aura are said to have a love of ritual and ceremony. This certainly seems up the BMC’s alley. In fact, the attached aerial infrared shot of the corporation’s HQ in Fort clearly betrays the impact of all those collective egos.

Perhaps that is exactly the metaphor they seek for the city – a royal aspirant, with a flashy facade which barely disguises a rotting core…

On an entirely serious note – I think it is time we stopped cowering in the face of half-baked, ludicrously designed public projects and entrusted our city’s image to someone with a clue. 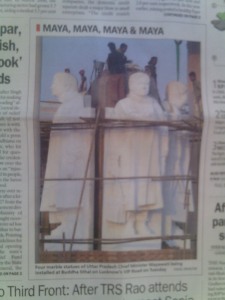 Apart from the odd and underappreciated success story (the Clean Up Mumbai campaign, the largely imported new airports, Mayawati’s entirely tasteful triptych replacement of the Ashoka capital pillar)  Indian public design is a textbook case of utilitarian malfeasance and aesthetic terrorism. Take a look at the NID website and you can see that the rot runs THAT deep.

I believe that we need to empanel and empower a local authority, like Prince Charles did in London, which can begin to regulate our city’s vast and disparate landscape. This effort needs to address both old and new. For every hastily concocted aluminum-clad paean to modernity, there is either a building next door being repainted cassata orange to keep up flashy appearances or a heritage structure being trampled underfoot by the shadow of the monstrosity, and this will continue ad nauseum until the cityscape with which we are left resembles a mash up between a low-rent Blade Runner poster and a cross-sectional anatomy diagram of the small intestine – all pink, haphazard and full of flagellating soft tissue. Take a look at the action in Lower Parel – Bombay’s version of the Big Dig – to fill yourself with dread over the coming future.

not a chip off the old block

*Robert Burns rhymes purple with “curple” in his Epistle to Mrs. Scott. Burns is, as far as we can tell, the only writer to have used the word. A curple refers to 1) the small of the waist before the flare of the hips or 2) a derriere, rump or behind.

** Can anyone crack the meaning of the home (and only) page on www.Purple.com? It certainly is amusing 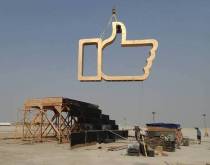 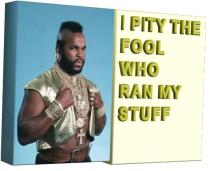